(Image Caption – With 173 applications for 30 seats, Wilson Montessori is one of the most popular and difficult to get into magnet pre-kindergartens in HISD; photo via Smith&Co Architects).

At Garden Oaks Montessori, 35 qualified students applied for 27 seats, and 59% of offered students had agreed to enroll. Assuming that the yield rate remains unusually low at 59% for all 35 qualified applicants, and no other eligible students apply before school starts on August 26, 2019, that would mean that as many as 11 seats would be available for the estimated 127 tuition-paying students or a 7% chance of admission.

​At Wilson Montessori, 25 qualified students applied for 30 seats, and 43% had accepted offers of admission. Therefore, there may be as many as 19 seats available for the 148 tuition-paying students or a 13% chance of admission.

How to Read the Tables 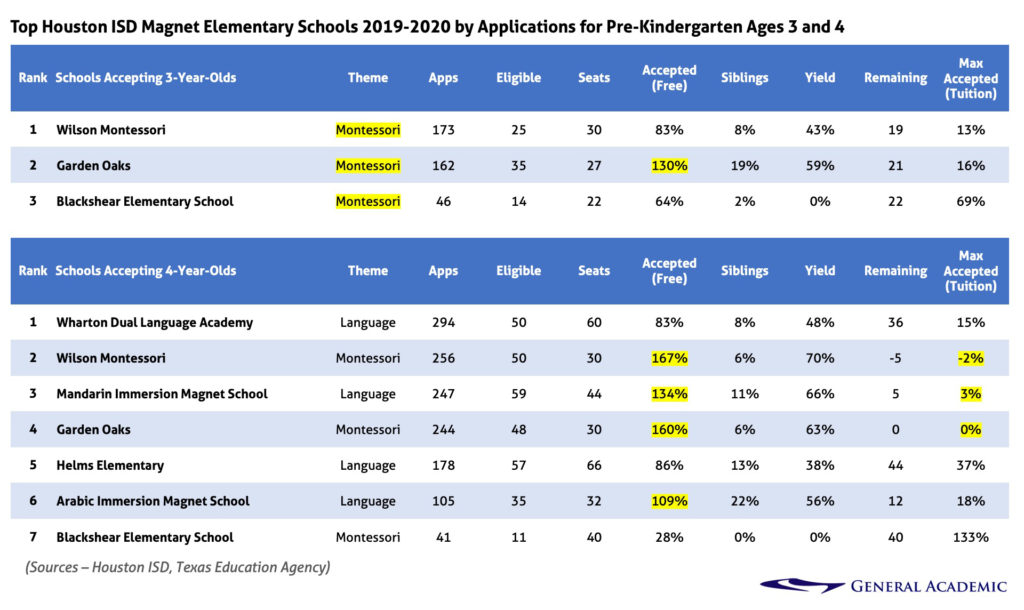